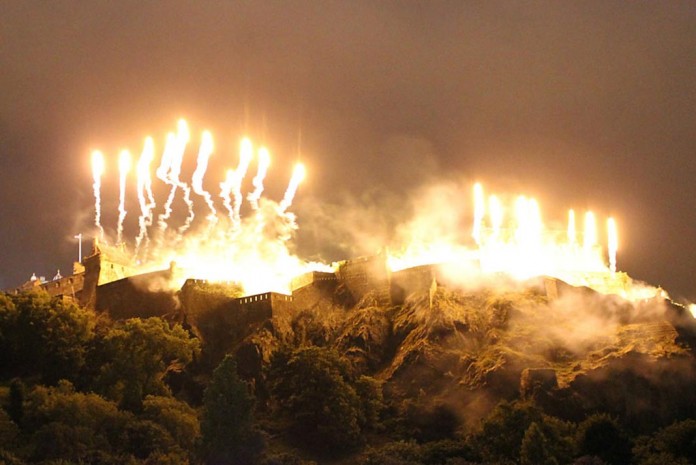 As this Year’s Edinburgh International Festival drew to a close social media lit up as patrons and locals captured in glorious social detail the Virgin Money Fireworks Concert which marked the finale to one of the city’s largest calendar events.

Amongst those enjoying the spectacle were Rory, Jenny and Susan. That these three were brought together is a wonderful example for hotels on how a little bit of kindness and human engagement can be a far better place to start in pushing their brand out into the socialverse than hammering away at rooms sales through the likes of Twitter and Facebook.

Brave 10 year-old Rory suffers from leukaemia and mum Jenny had reached out through Twitter asking central offices and hotels in Edinburgh if they could help Rory see the fireworks without being out in the cold.

Can any central offices/hotels in Edinburgh help Rory, 10, who has leukaemia, see the festival fireworks without being out in the cold?— Jenny Kemp (@jennykemp) August 27, 2014

Susan is part of the staff at Apex International Hotel with a heart as big as her amazing cakes. Spotting Jenny’s post she immediately replied from the International’s twitter account with the offer for Jenny, Rory and his dad and sister, Merlin and Elspeth, to watch the fireworks from the hotel’s Heights Restaurant which overlooks Edinburgh Castle where the display is held.

And that’s when it happened. A grateful Jenny thanked Susan and the International Hotel but then so did a lot of other people. Friends and followers enthusiastically re-tweeted the interactions expressing their own appreciation of Susan’s offer. In a Hollywood moment the goodwill kept on multiplying and Virgin Money was soon providing goodies for the family on the night.

@jennykemp have you found anywhere yet ? Would he like to come watch from our 5th floor restaurant ?

Huge thanks to @Apex_Inter for offering my brave boy Rory somewhere warm and dry to watch the #VMFireworks on Sunday. Thanks to all for RTs!

Susan’s week has got off to a great start with a lovely note waiting for her from Jenny.

I’m so grateful to Apex. Rory has had a rough six months, he was in hospital having chemotherapy for six months, he starts radiotherapy today, and then he will have a stem-cell transplant. He’s been so brave throughout. Treats and kindness give him, and the whole family, a boost. We feel so lucky that Susan spotted my tweet and replied, and that Rory had such a great evening.

Of course sales are great but so many of the offers pushed out through social have a short-term dimension. The longer term value to a brand on social comes from staff acting like, well, humans, not sales people. Trying to de-tune a salesperson to use social is a pretty tough job but that is where the value of people like Susan come in.

The longer term value to a brand on social comes from staff acting like humans, not sales people.

That Susan was able to respond quickly to Jenny’s tweet was down to her being a member of the hotel’s social team which was created to empower staff to interact with guests, answer their questions and generally engage with all aspects of the social community with a connection to the hotel. The value of this approach is not just borne out through a warm Rory on festival fireworks night but the many positive mentions for the Apex International and the long term feel good factor engendered towards the hotel.

TikTok Isn’t Just For Teens – Travel TikTok Has Taken Off

Tips To Manage Your Hotel’s Social Media To Drive Sales