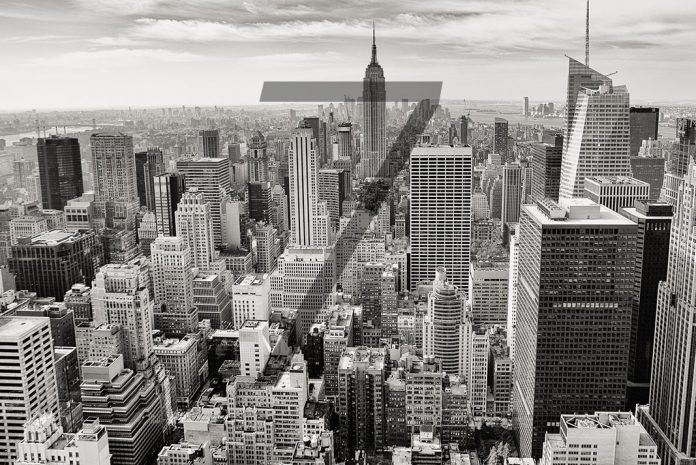 After the failure of even the most well respected pollsters to accurately predict the outcomes of not only Brexit but also the US presidential election, predictions are out of favour.

Fortunately the travel industry is more forgiving than politics and some execs from across the travel spectrum were willing to share their views on what 2017 may hold.

1. Data science will prevail (despite Brexit and Trump bumps)

The pollsters carry on, but some in the data science industry think that the inaccurate predictions around Brexit and the US election brought the entire discipline into disrepute.

Kelly McGuire, vice president of advanced analytics at Wyndham Destination Network, admits that some in her team saw the Brexit/Trump failures as a setback for a field which has only recently gained traction and respectability.

But the team also learnt some valuable lessons: the problem lies not with the data but how it is collected and analysed, with the threat of human intervention and bias also needing to be factored in.

In the travel space specifically, consumers are increasingly using multiple devices and privacy concerns are growing; they are also choosing to browse privately and there is growing use of ad-blocking technologies.

One of the biggest challenges, says Yann Raoul, CEO of European multimodal travel meta Gopili, will be to develop reliable key performance indicators for user acquisition. The puzzle then, for techies in 2017, will be to build reliable, authoritative data sources that deliver a consistent customer ID across all platforms.

While Brexit Britain and Trump’s win set the stage for some geopolitical uncertainty in 2017, one thing is certain – the growth in global tourism will outpace the growth in the global economy.

In its 2016 European Traveller Insights Report, Cuba, for one, is revealed as a new travel hotspot – here year-on-year bookings are up by 54%. Also, while China remained the fastest growing outbound travel market in 2016, there is growing demand from Europe for inbound journeys to a country which is now going global with its travel plans.

Indeed, the acquisition of Skyscanner by Ctrip could be the start of more Chinese capital and companies moving more directly into international markets.

Speaking of acquisitions, M&A activity in the hospitality space was unprecedented in 2016, and is giving rise to a new breed of ‘super-chains’ with stronger negotiating powers to generate new and disruptive forces.

Wyndham’s McGuire believes this will “create new competitive sets and change the way hoteliers think about their business.”

Wyndham, for example, has long had alternative lodging inventory, mainly in Europe and in leisure areas. But now, thanks to the Airbnb factor, it has recognised the potential for growth in the US, where in the past people typically stayed in hotels.

Wyndham believes it has an edge here because it offers services such as cleaning, transfers, key pick-up and even inventory revenue management to owners.

But it is not alone. There are a growing number of companies offering similar services to the likes of Airbnb hosts and other property owners. Spotting the growing demand for urban accommodation services is Bemate, which manages serviced apartments in cities, and offers ‘city mates’ to meet-and-greet, organise cleaning services, restaurant takeaways and more.

Needless to say Airbnb hasn’t missed the importance of the local offering either!

Few will dispute that Airbnb has shaken up hospitality industry’s norms, but today it’s no longer a disruptor but just another mainstream distribution platform. So what happens next for Airbnb, notwithstanding with regulatory pressure in places such as New York?

Bill Beckler, founder of AlltheRooms.com, sees the presence of hostels on Airbnb as the harbinger of a distribution pivot. He says:

Hostels are already on Airbnb because that is where its customers are, but I believe that if Airbnb wants to hedge its bets it could be more open to hotels in places such as New York City.

So would Wyndham put its inventory on Airbnb? “Absolutely,” says McGuire.

4. Experience, memories and a new sort of spontaneity

In the pre-digital days, spontaneous travel involved arriving in a foreign land and spending time finding a suitable place to stay.

Not so for today’s convenience driven, time-poor traveller who is increasingly taking shorter and more spontaneous trips. They want to be able to pick and choose everything in advance – and not just flights and hotels, but also their hire car, train or other ground transport options.

In this world, convenience and value matters more than loyalty, so flying out with one airline and back with another is becoming common practice. UK-based flash sales firm Secret Escapes sees dynamic packaging as the answer, and the avenue to fresh growth and offerings.

Consumers are looking for a combination of best-in-market product to book when it suits them.

He also believes that in this highly competitive marketplace, where goods are becoming more affordable and readily available, customers are also more interested in creating shareable ‘experiences and memories’.

5. Partnerships, personalisation and the end of the self-serve OTA

Whether it’s voice search, mobile or the power of social, the entire consumer landscape is shifting because consumers are demanding an experience that is enhanced by the technology they use every day, says Cyril Ranque, president of Expedia Lodging Group Partners.

His job is to get the “highly inefficient” hotel industry (and it seems the small to mid-sized chain is the target here) to let Expedia in as its technology partner.

In 2017 Expedia’s goal is to become far more than just a distribution platform; it wants to become the partner that helps hotels “maximise the guest experience through technology”.

But they are not the only one!

All firms see the personalisation of the guest experience as crucial to 2017’s success but, as Pia Vemmelund, managing director for Momondo, argues this “has to be done intelligently”.

Nobody is there yet, and with all the choice available, travellers sometimes become overwhelmed and need more guidance when booking travel.

A shift away from the OTA self-serve model is one area which Paul English, the former co-founder of Kayak, and his team at Lola, are looking to address with a travel agency app backed by humans.

So yes, while online continues to grow there is still room for the  human touch.

For this reason, data guru Joerg Esser, a former MD of Hotels4U and now an independent consultant, believes that classic travel shops, with clearly distinguished added value, will thrive. What will matter is the simplicity of the offering – both the customer proposition and the operating model to deliver it.

6. Technology: will it be goodbye native app, hello chatbot?

Where should travel brands prioritise their investments in 2017? Mike Slone, chief experience officer of Travelaer, is of the view that by the end of 2018 we will see more customers using bots via messaging apps than actual native travel apps. He says:

Travel companies should recognise this sooner rather than later and push their app budget into creating conversational commerce and customer care bots.

He might have point. Today billions of people are using messaging apps, the most popular being Facebook and WhatsApp (Facebook launched its chatbot API back in April last year and by the end of September there were 33,000 bots on the platform).

If the native app is dead, should people abandon mobile? “Of course not”, says Andrew Shelton, managing director of Cheapflights, which is seeing 60% of demand coming from portable devices.

And the devices are getting bigger. Secret Escapes’ Fallert says:

With the move towards bigger screens on the latest mobile phone models, brands can also expect to see a higher conversion rate for mobile traffic.

Elsewhere, with the mass consumer launch of Oculus and HoloLens, the VR experience is here. The marketing possibilities are huge and the shift from ‘cool new toy’ to a ‘measurable marketing channel’ will begin in 2017.

7. Get your coat, we’re taking the bus

In 2017, airlines will continue to look for new ways to drive ancillary revenue, expected to reach $130 billion by 2020. This year we saw more airlines such Virgin Atlantic and Delta adding seat fees in the post-booking stage, while British Airways announced charges for on-board food, signaling the end of the free inflight meals.

That might be good news for intercity bus travel. Marc Hofmann, CEO of international bus search site CheckMyBus, says that its platform has 15 times as many daily bus departures as there are flights worldwide. He says:

New operator models like Flixbus, which split the ownership of a bus and distribution, have shown explosive growth.

Bus OTAs such as Clickbus, Busbud or GDSs like Distribusion are helping to bring booking processes of this very fragmented market online.”

Many of the companies quoted above will be sharing more insights at EyeforTravel Europe 2017. Click here for details

Why Your Hotel Should Add EV Charging Points for 2023