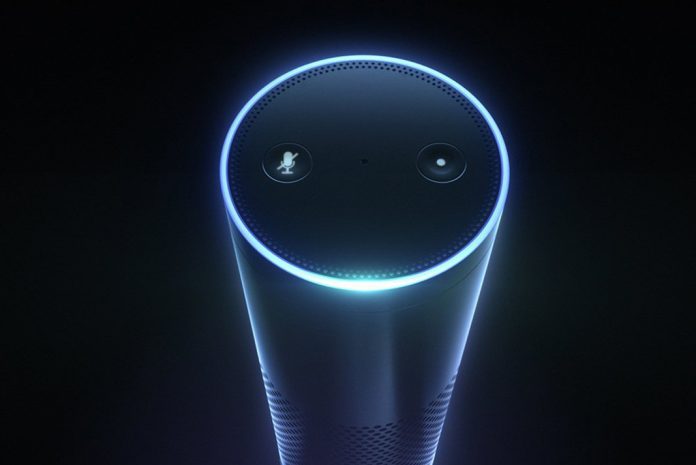 There’s been much discussion around hotel chatbots being the ‘next big thing’ in hospitality. Indeed, the Internet is rife with discussion about hotel marketing automation and how hoteliers can use chatbot and AI technology to enhance their guests experience and, importantly, leverage them as an additional revenue channel. The term ‘conversational commerce’ is popping up at conferences and blogs everywhere.

However, at the recent EyeforTravel Europe conference in London it became very apparent that hotel and travel chatbots aren’t ‘up and coming’. They’re here now.

At EyeforTravel, we were delighted to be introduced to Edward™ from Edwardian Hotels – a self built ‘virtual host’ that integrates directly with their PMS (Property Management System) Opera and can be interacted with in over 900 different ways. 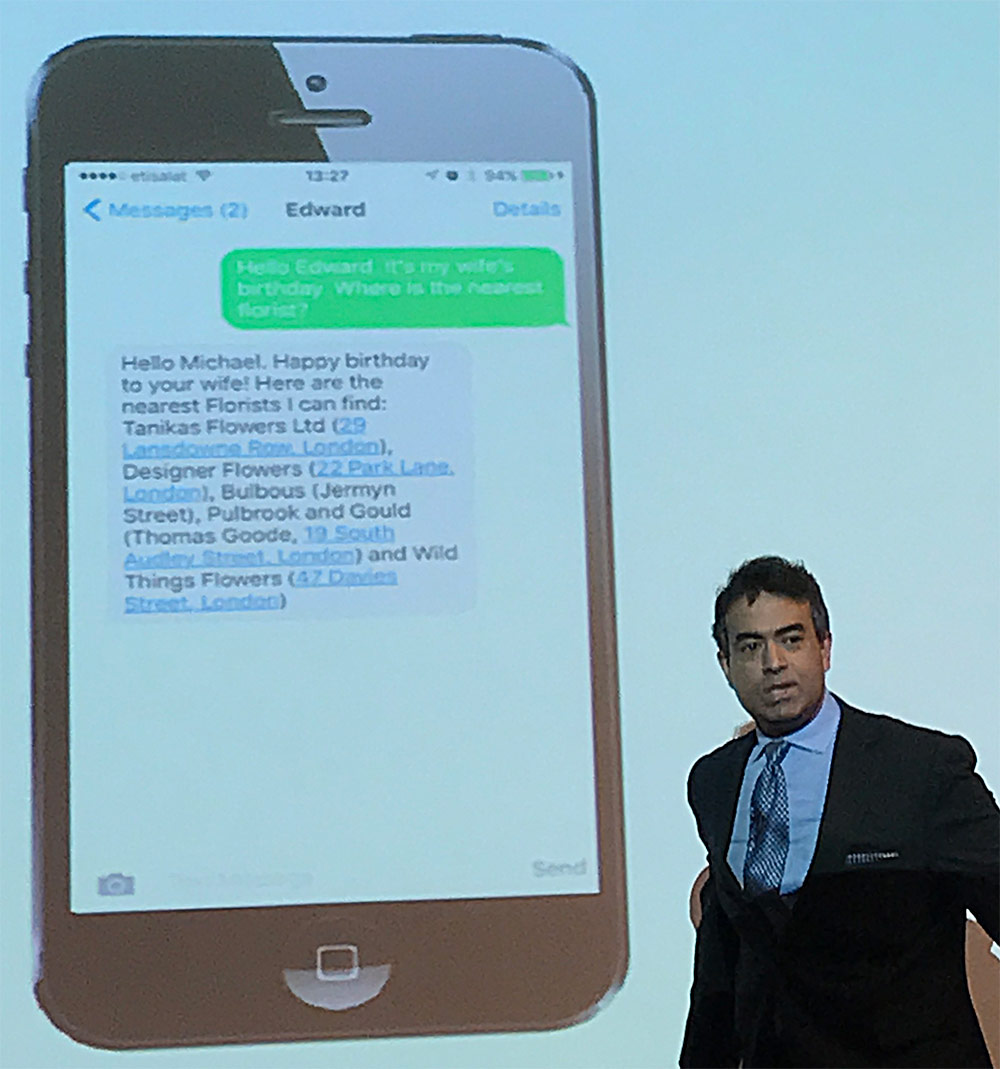 Michael Mrini, their Director of Information Technology and the man fundamentally responsible for Edward’s creation, was keen to distinguish the technology as a ‘virtual host’ rather than chatbot, but definite parallels can be drawn with the functionality and technology.

Michael explained how Edward is integrated with a range of departments at Edwardian Hotels, catering to some of the most common guest requests and questions before, during and after their stay. For example, “do you have a car park?”, “what time is breakfast?”, “can I have extra towels?” etc. Types of requests that, as Michael suggests, really don’t warrant human interaction.

Edward has his own distinct ‘personality’, can automatically escalate complaints should a request be not followed up and is even multi-lingual, speaking Arabic and Spanish too!

Rather than this technology replacing the need for human staff, it’s simply allowed the team to focus their attention on providing a better guest experience. Something that’s very evident when you look at TripAdvisor reviews for their properties, with recent reviews of their Radisson Blu Mercer Street property showcasing customer opinion of the service;

“Customer service is taken extremely seriously and with a service that I found groundbreaking and just such innovation is Edward …. an almost personal butler service provided by text message”

“I love the virtual assistant, Edward! He was very friendly too and assisted me in all the ways he could!”

“The virtual host, Edward, great idea and makes for a very personal experience.”

Interestingly, Edward is teaching the Edwardian Hotels team too, as they monitor commonality in guest requests and spot new trends. As Michael notes “We’ve learned so much by using this system”.

Outside of hotels, we also heard from rail travel specialists, Voyages SNCF, who are already using chatbot Léa via Facebook Messenger, while preparing to integrate it with the launch of Amazon Echo in France. Léa is able to handle various requests around pre-travel questions and rail booking, but importantly offers an up sell too – adding commercial value while making customers aware of the full range of rail offers available.

Arnaud Masson, Voyages-SNCF‘s Chief Operating Officer, also answered one of the key questions surrounding chatbot adoption – should they integrate with Facebook Messenger (or other messaging apps) where customers are already present, or be their own standalone platforms, stating;

Finally we were dazzled by Dazzle – an impressive new hotel chatbot / AI technology from the team at Lola Tech.

According to Dazzle, their technology “sits in the hotel bedroom and uses a hybrid of Artificial Intelligence and human brain to deliver seemingly impossible levels of guest service”.

Finalists in this year’s ‘EyeforTravel Startup and Innovation in Travel Award’, their Co-Founder, Charles Cadbury, gave a very interesting demonstration of the hotel chatbot technology that can be controlled via messenger apps, as well as via Amazon Echo. 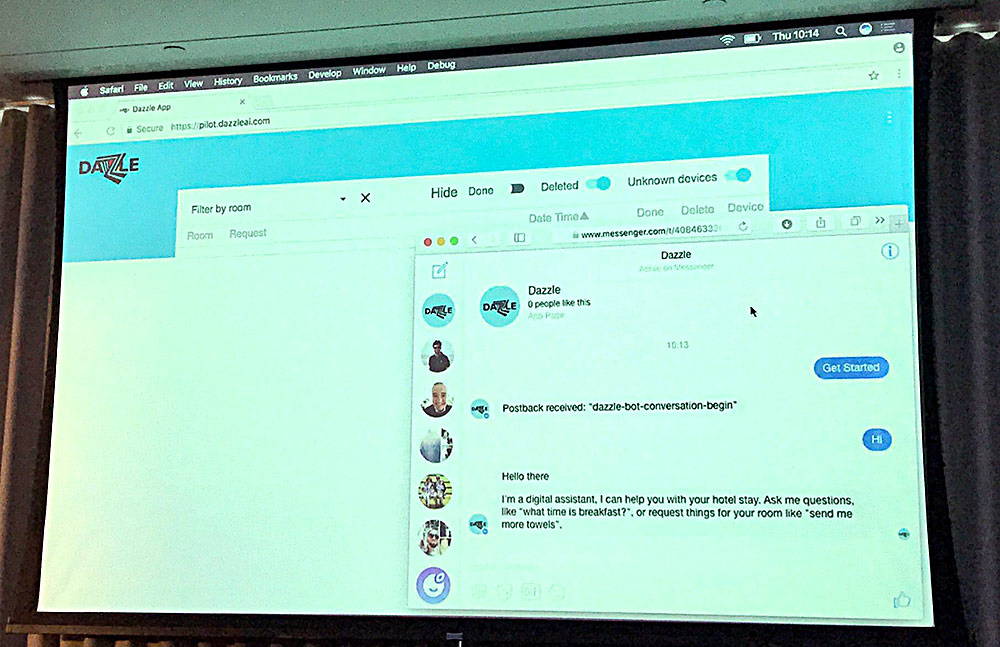 Playing devils advocate, the conference highlighted one potential drawback for chatbot and AI technology, surrounding personalised recommendations. As one attendee noted “we employ people for that and they beat our algorithms constantly”.

The Benefits of Using Hotel Management Software for Small Hotels

6 Technology Trends Hoteliers and Lodging Venues Should Prepare For