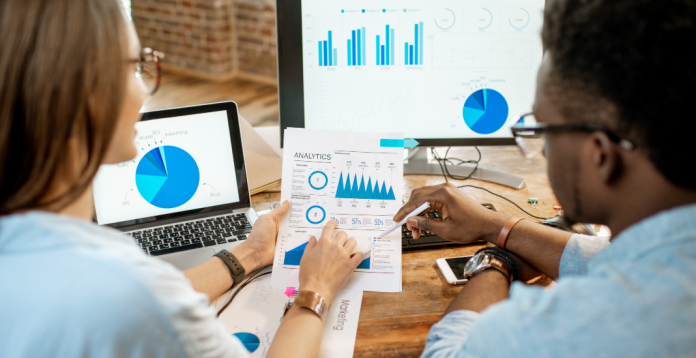 For many hoteliers, generating revenue is the main focus. They are obsessed with key performance indicators such as revenue per available room (RevPAR). However, if RevPAR is the sole focus of a hotel’s focus, it’s looking at just one piece of a much more elaborate puzzle.

Imagine being tasked with picking the winner of next year’s NASCAR Championship. As the cars pull up to the starting line, you check every car’s fuel levels and …  viola! Forget engine performance — you predict the winner by choosing the car with the most gas in the tank.

That doesn’t make much sense, does it?

The same goes for hotel data. Too many hotel professionals only measure what’s coming in, revenue, and turn a blind eye to the exhaust, or the money going out in the form of expenses.

In turn, they’re missing out on all of the operational figures that set a hotel’s performance apart.

Here’s what it is and why it needs to be a big part of a hotel’s focus.

GOPPAR measures operating profit on a per-available-room basis. The main advantage here is that it accounts for both revenue and expense, inclusive of things like food and beverage costs and the money coming in from all areas of a hotel’s operation.

Here’s how to calculate GOPPAR:

Although GOPPAR accounts for revenue, it goes much further in revealing opportunities for operational gains.

Here are three reasons why it should be part of a hotel’s performance focus:

At their cores, both GOPPAR and RevPAR are measured against the same metric: available rooms. However, they tell different stories.

RevPAR illustrates room revenue performance, which, while exceedingly important within a hotel’s overall profit structure, is not the only revenue generator. RevPAR excludes revenue generated from other areas of the hotel, such as  lF&B, conference and banqueting, meetings, golf, and spa business. At the same time, it doesn’t even address the money being spent to support these revenue streams.

GOPPAR accounts for those revenue sources beyond rooms by considering total revenue or TRevPAR. Beyond revenue, it examines expenses generated from the F&B department and other undistributed departments as well, such as Property & Maintenance. Overall, GOPPAR is a more realistic portrayal of a hotel’s operational health.

2. It Protects from Unexpected Events

How important is profit? Consider the effects of the recent protests in Hong Kong. According to Bloomberg, some hotels have seen their revenue sink by 50% in a single month. Unpredictable events like these show just how unreliable a revenue-only model is.

The same goes for other uncontrollable costs. Imagine this scenario: A hotel focuses solely on revenue numbers for the past five years. Numbers have stayed consistent, so by all accounts, things are good, right?

Unfortunately, what goes unnoticed is that the operation could be bleeding money from its F&B operations or it could be overlooking losses if payroll spikes.

When the market changes, hotels that have dug into the numbers and perfected their operational performance have an edge. GOPPAR is the baseline metric that helps hotel pros see exactly which areas need improvement to counter revenue dips or unexpected expense jumps.

3. It Opens the Door to a Better Performance Plan

GOPPAR doesn’t just protect a property from unpredictable costs. It makes it easier to build a performance plan that outdoes the competition. Here are some instances in which this metric is especially useful:

Growth Plans
Chances are that if a hotel has plans to grow, it needs to spend money. Revenue figures reveal part of that equation, but don’t show where the money is going. GOPPAR shows how revenue and expense combined are driving profit.

Budgeting Initiatives
Successful hotels are able to adjust to change. If competition rises, gas prices jump or the tourism market slides, there may be a need for cutbacks. GOPPAR shines a light on the areas where spending is and isn’t translating into returns. That comes in handy when reallocating funds.

Plans to Increase Value
Offering customers extra value has become a growing focus for hotels. For good reason: One Deloitte survey found that 56% of guests who said they had a positive stay at a hotel or resort did so because of an experience that was surprising or exceeded expectations. Unlocking these extra value boosters requires a calculated mix of revenue and expenses. GOPPAR shows the payoff.

At the end of the day, generating revenue is the chief goal of any hotel. After all, no car will outperform the competition if the driver lets the tank drop below E. However, revenue only tells a fraction of the story. Building a hotel performance strategy that outperforms the competition, needs to focus on data and metrics that illustrate the complete picture—revenue and expense. In GOPPAR, hotels have a go-to metric for it.

Why Centralize Your Hotel Revenue Strategy?

Why Not Implementing Technology Also Comes At A Cost