What Impact Do Major Sporting Events Have on a Local Economy and How Can Hotels Take Advantage?

It’s no surprise or secret that sport is a major driver for encouraging people to spend some of their hard earned money. In some western economies sports fans can be asked to cough up as much as $1,000 per year to watch their favourite sports on TV, in addition to $1,000 for a season ticket, several hundred dollars for the latest merchandise, and vast sums on drinks and snacks at the game.

In addition, many fans also place bets on games or whole championships, potentially adding even more to the amount they spend each year.

Sport is big business year round, but there are annual events like cup finals and playoffs that receive considerably more attention than other games. Events like the Super Bowl, which has over 100 million people tune in to watch on TV each year, and the Champions League final which can attract between three and eight times the number of viewers.

Fans don’t just watch on TV though. They will travel long distances to see their team play in a final, which in some cases even involves international travel. For US sports fans, this is not usually the case. For example, the NBA Championship final mostly features only US teams since only the Toronto Raptors are from outside the country’s borders.

Going to an NBA finals game can still be expensive, with tickets costing more than $2,000. This is a price worth paying for some fans though, who will justify the expense if it means having the opportunity to see their team win the league.

Ticket prices are only the beginning though; fans will fork out astronomical prices for transport and accommodation if they have to travel to watch the game.

For example, during the Champions League final in June 2019, Liverpool and Tottenham Hotspur fans from England were paying as much as €400 for a night in a one-star hotel and €5,000 per night in most central establishments. Even a bed in a shared room would set fans back €200 per night.

The Hotel Business Association of Madrid predicted hotel occupancy rates to be more than 95% for the night before and of the game. This was despite prices increasing by more than 200%.

Spain is not an exception to this either. The Champions League final held the previous season in the Ukrainian capital of Kyiv saw hotel prices increase too, with some reports that they went up by over 350%. 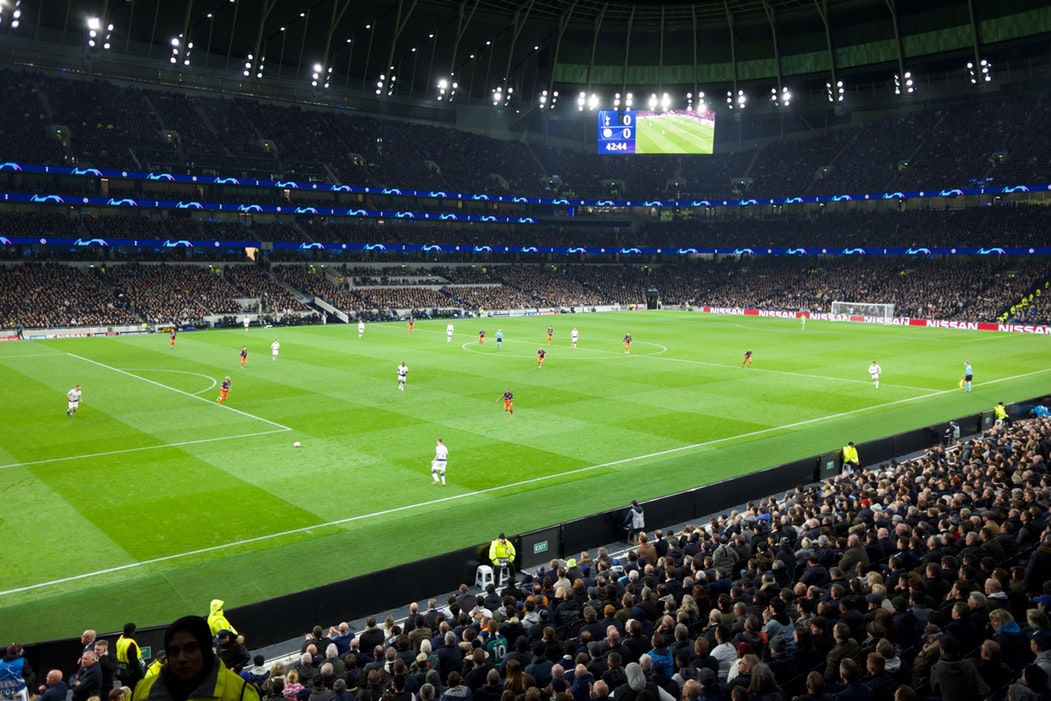 Opportunity for the Hotel Industry

This obviously creates a significant opportunity for the hotel industry. While, of course, individual hotel owners cannot have much sway over where these big sporting events are held, they can find ways to take advantage anyway.

Many businesses have something called a business continuity plan. It’s designed to have a set of procedures and processes that can be implemented in the event of a disruption to infrastructure, or due to an emergency situation.

However, you can turn a business continuity plan on its head and have a major event opportunity plan. This plan could consider any operational changes you would need to make in the lead up to an event, such as additional staff and changing glass to plastic in your bars and restaurants.

Where it is possible, you could look at options for increasing the occupancy of rooms. Either to charge for single beds in shared rooms, or to cater for larger groups since sports fans often travel together.

You may want to have a process for monitoring scheduled sports events so that you can react accordingly, including increasing prices in advance. Most sporting events are scheduled well in advance, often at least one year, so you can capitalise on the fans booking early if you too can plan ahead.

You may wish to also develop a marketing strategy. Aside from using the standard hotel and travel booking sites, you may want to look at advertising in publications dedicated to a particular sport or team when it is clear which teams will be taking part in the event.

What to Do if You’re Not in the Same City

You don’t need to be in the same city to take advantage of a major sporting event. Working with other travel companies can give you access to customers who are attending sporting events that are a little further afield.

For example, coach companies in the UK offer package trips to major sporting events like the Formula 1 British Grand Prix at Silverstone. Coaches will collect fans from areas all around the country and transport them to the circuit.

Included in the package will be a hotel room, which is unlikely to be close to the venue. For example, some fans will be given hotel rooms in the city of Wolverhampton. This is 1.5 hours away by coach, excluding any delays from congestion around the circuit itself.

Despite the 150 mile round trip, fans are willing to pay for such package deals as they provide a balance between convenience and cost. Meanwhile, the hotel gets a large group booking for an event that it wouldn’t have otherwise been able to benefit from.

There are other ways you can attract people, such as offering bonus packages for customers if they stop at your hotel on the way to an event. Again fans that travel by car to a sporting event may need to stop at a hotel to break up their journey. You could offer incentives, similar to how casinos offer bonuses to new customers, such as throwing in an early breakfast hamper for them to eat on the road if they book the night before the event.

There are several competitions that are held less frequently. In particular, there are the FIFA World Cup, the Summer and Winter Olympics, the UEFA European Championship, and the other equivalent football confederation tournaments.

These usually take place every 4 years, and their locations are known a decade in advance, meaning there is plenty of time to find ways to take advantage of the event. However, if you’re a hotel in Texas and the Olympic Games are taking place in Tokyo, you perhaps can’t take advantage of the many sports fans that will flock to watch the competitions.

Instead, consider catering to people that are not interested in sport and that want to get away from it all. Spa retreats may be a good option, a relaxing alternative to the sporting hysteria.

Other options may be available if your hotel is located near a major transport hub. If fans are travelling through your city on the way to a major event, offering overnight accommodation that allows them to take a whistle stop tour of your city could be a good way of cashing in on the passing trade.

There is no definitive rule as to how you can take advantage of the vast sums of money spent by sports fans. However, it is clear there are opportunities that can be exploited. How you can benefit will depend greatly on where your hotel is located and how frequent major sporting events take place near you.

You can always be prepared though, so plan ahead in order to make the most of any opportunities that do come your way.

As the Coronavirus (COVID-19) crisis brought the hotel industry to its knees, hotel tech providers have come together to show their support to the...
Read more
Content Marketing

While times remain uncertain, these extraordinary few months have caused many of us to realise the true joy of travelling, which we may have...
Read more
Hotel Marketing

The Leadership DNA Within Hospitality

During the coronavirus pandemic the media have criticised, scrutinised, analysed and hypothesised on actions and decisions made leaders from both the private and the...
Read more

The Leadership DNA Within Hospitality

How to Manage Hotel Staff During Times of Crisis and Unemployment

4 Reasons Hoteliers Could Emerge From The Corona Crisis as Winners