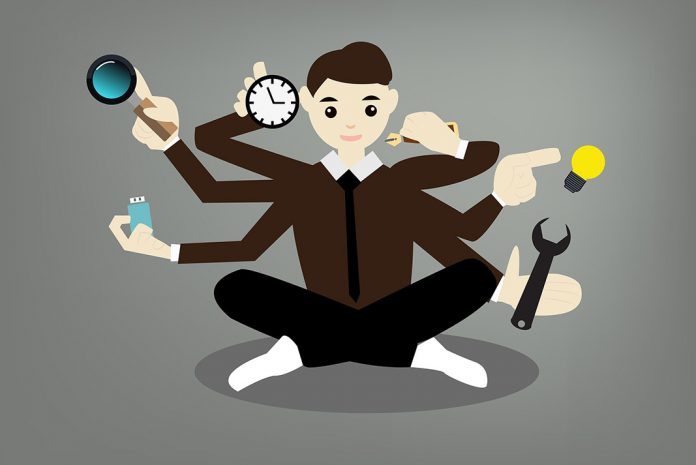 This article will address the alarming system overload that hoteliers are suffering from today. The rise of the OTAs is a key factor for which hoteliers feel pressured to be on a constant lookout for the next tool that is going to help them lessen the OTA harm and win back direct bookings. Hoteliers adopt tools for nearly everything that claims will help: website/channel pricing optimisation, marketing, different forms of digital guest communication and upselling tools. The list goes on and on.

Hoteliers trying to choose the right tools among the massive range of options can easily find this an overwhelming process. Other industries have already started tackling these problems, and it is high time for the hospitality industry to do the same before it is too late.

The psychology behind organisational multitasking

As hoteliers keep an eye on every tool, amongst all other tasks, they enter into a multitasking state. Multitasking is an apparent human ability to perform more than one task over a short period of time. Up to today, most of the research done on the topic has focused on the effects of multitasking at an individual level.

Multitasking can reduce productivity by as much as 40% and even lower IQ levels. According to McKinsey, multitasking slows us down, it hampers creativity and it makes us anxious.

Moreover, when every task seems equally urgent it becomes difficult to identify the truly critical issues and genuine bottlenecks.

In hotels, the constant hopping from tool to tool, in combination with all other duties hoteliers have, creates the perfect storm in which organisational multitasking and the associated issues can thrive.

Solutions beyond the hotel industry

In areas beyond hospitality we have seen emerging tools trying to decrease the effects of organisational multitasking with one important mission: to simplify the everyday of managers and employees.

Slack has revolutionised the way in which different parts of a company communicate in real time, and it preserves every comment in one easily searchable archive, which means that all those messages now skip the dreaded email inbox.

The company has been growing at a staggering rate since its launch in 2013, and now has more than six million daily active users. Slack is helping to keep a lid on decreasing organisational multitasking in companies in a wide range of industries, from small start-ups to big corporations.

Hotels, on the other hand, find themselves in what we can call a rather early stage when it comes to solving similar types of issues.

Time for hotels to wake up

To get a picture of the situation for hotels today, just try to google “tools hotels must use” and you will understand where I am heading. The offer of tools is colossal. By forcing hotels into organisational multitasking this system saturation is ultimately limiting hotels’ capabilities to give their guests outstanding service.

Time has come for hotels to treat organisational multitasking as a real and worrisome problem. This is especially true for the guest communication area, which is at the core of what I work with myself.

How is a hotelier expected to maintain a functioning communication with their guests before, during and after their stay if they are using two, three or five systems at once?

The good news is that solutions that help you stick to less but more complete tools already exist. It has come time for hospitality to show other industries we can be front-runners with technology to solve organisational multitasking.